A few words of introduction…

Speed of information transmission plays an important role in the modern world. The development of technology has made it necessary to operate in a constant hurry, in fact, where "every minute is at a premium". An example of this phenomenon is brokerage houses, which build their headquarters as close as possible to the main exchange servers to minimize the time it takes to send and receive transactional data. Here, milliseconds determine investment success or failure, and the subject of the transaction is sometimes volumes of shares with multimillion-dollar valuations. In this haste, security is often forgotten, which should be seen not only as the security of life in the real world, but also in this digital reality. Research by the National Bank of Poland shows that the most common way to pay for bills is to pay them online (in 2016 57% of Poles surveyed did so).  At the same time, more and more citizens have access to online banking (in 2016 it was 85% of poles surveyed) and actively use it (in 2016 it was 69% of poles surveyed). In addition to money, manysensitive data such as private correspondence, photos or personal data are circulating on the Internet. 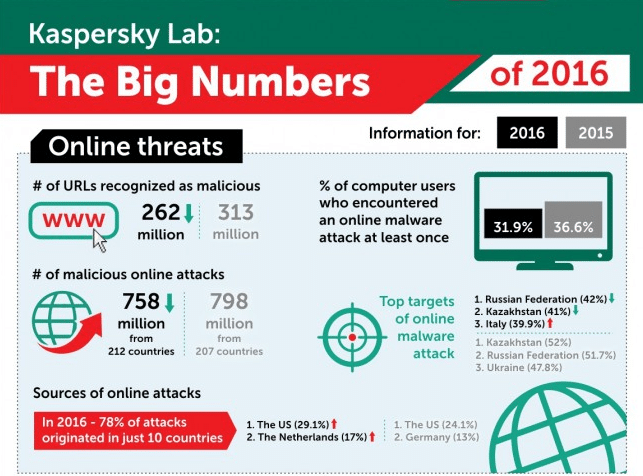 According to research conducted by Kaspersky Lab shown in the figure above, on average one in three Internet users has been the victim of a cybercriminal attack at least once. This shows the scale of the threats "coming" from the network and the need to develop effective methods to improve cybersecurity.